Below is a transcript of the content that appears in the video (with a few extra pictures and a comment here and there):

During this period, families often lost their children to disease and illnesses that pose no threat today. Life expectancy was significantly shorter and colonists carried many fears to a new and hostile country – including fears of evil spirits and bad luck.

In 2003 the Fort Street house was being renovated. In the roof cavity, a tiny shoe and lace collar were discovered. Expert opinion suggests that these items may have been hidden by the Hurley family.

The concealing of objects under floorboards and in wall, floor and chimney cavities was a widely practiced ritual documented throughout the UK as early as the 1300s.

This tradition was brought to Australia from Britain.

Research by social and cultural historians has suggested reasons why these concealments occurred.

Scholarly consensus is that concealed objects were believed to decoy evil spirits away from people. Not necessarily a pagan custom, it was carried out alongside religious belief. It was a method of protecting a house and people at a time when prayers alone may not have been enough to keep ill fortune at bay. 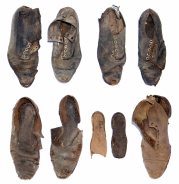 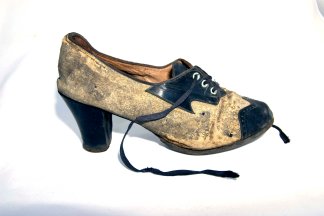 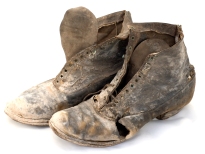 Shoes, clothing, toys and even dead cats have been documented in more than 100 sites throughout Australia.

Objects were concealed by wealthy and poor alike; sometimes by carpenters, stonemasons and other tradesmen. It is believed the custom was extremely common until c. 1930s. Since this time it seems to have disappeared in the UK, the USA, New Zealand and Australia.

Of the finds that have been documented around the world, single shoes were traditionally hidden, and most of these belonged to children. It is thought that the shoes of children were believed to harness the power of innocence and good against evil.

There are no clues as to what was done with the second shoe in each pair.

In some cases, shoes and objects were added to an existing hiding place over years (sometimes referred to as ‘spiritual middens’); perhaps to maintain the potency of the magic. In one Tasmanian property, three separate caches were discovered containing 39 shoes, leather leggings, hats, parasols and documents.

At the Hyde Park Barracks in Sydney, two (very rare) convict shirts were recovered along with rosary beads, a bible and shoes. Only three convict shirts exist today and all were found within concealments.

A shoe was also discovered embedded in fill approaching the South EastPylon of the Sydney Harbour Bridge; presumably placed there by workers in the 1920s.

Dead cats were also used for concealment as a substitute for shoes and personal objects when these were not available. 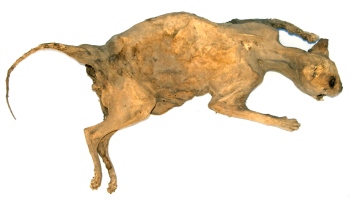 No written evidence exists anywhere in the world to explain why people engaged in protective magic rituals. These customs were part of a well kept oral tradition.

Similar to concealed objects, another superstitious custom has recently been identified in Australia: Evil-averting (apotropaic) symbols.

Painted or scratched into doorways, windows and chimneys, these are thought to have been used to protect buildings from evil spirits.

Apotropaic symbols found in Australia include:

Concentric circles and hexafoils (also known as a ‘daisy wheel’). 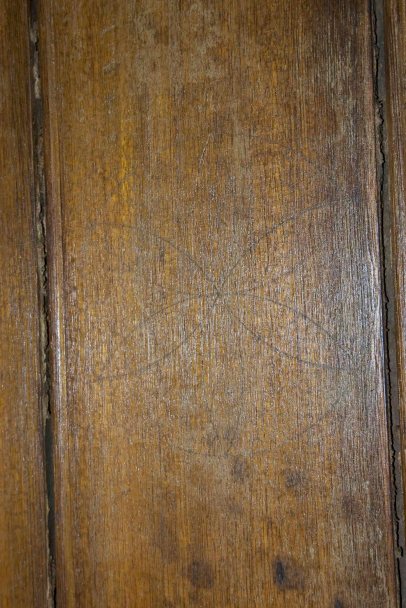 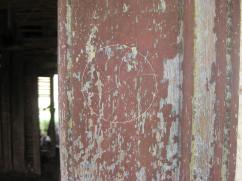 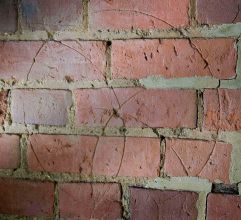 Burn marks on ceilings, lintels and fireplaces are also recognised evil-averting symbols and were used to protect a building from fire.

Research is currently being conducted to document apotropaic symbols in Australia.

Not yet formally identified in Australia but perhaps a custom that also travelled from Britain is the concealment of witch bottles.

Widely documented in America and the UK, witch bottles were designed to counter witchcraft and identify a witch within the community.

Typically, witch bottles will contain liquid (usually urine), fingernails, hair and other items. Nails or pins may be also be found within or outside the bottle which will be sealed and hidden upside down. Should a witch bottle be discovered, it should be kept unopened so researchers can arrange for it to be examined in the UK. 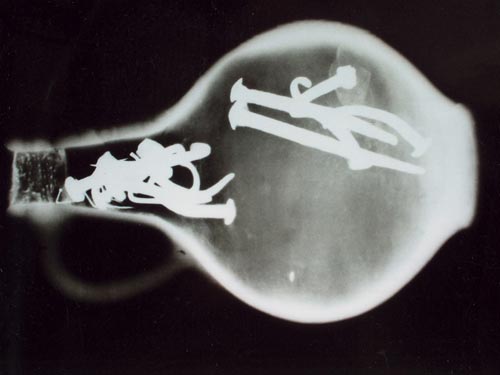 This is an illustration of a possible modern witch bottle that was found in Australia in 2000, though it was discarded before it could be verified as such.

Lord, keep us safe this night,

Secure from all our fears;

May angels guard us while we sleep,

Research is based on work by Dr. Ian Evans, OAM.

Hear more about the work of Dr. Ian Evans: